New Rules: A Sermon for the Fifth Sunday of Easter

Email ThisBlogThis!Share to TwitterShare to FacebookShare to Pinterest
Labels: Sermons

Military chaplains, like pastors, are often called on to write short and pithy inspirational messages for local newspapers.

In my case, my boss and the base newspaper (The Borden Citizen) recently decided to have a weekly "Padre's Corner" column, and I got the date for jsut after Easter.   An interesting challenge to write (in 200-250 words) from a spiritual but non-denominational way that might have something to say to believers (Christian and otherwise) as well as the secular, unchurched.  The metaphor of spring as a time of cleaning and rewewal seemed like a useful launching pad.

For Jews of Scottish Ancestry, An Official (And Kosher) Tartan

Today in Canada, and elsewhere in the world for all I know, we are observing National Tartan Day.   It seems a fitting occasion to pass on this story, via US National Public Radio, which certainly qualifies as one of the cheerier religious news items of the day.  In this link, NPR's Mary Louise Kelly speaks with a Glasgow Rabbi, Mendel Jacobs, who has designed the fist official Jewish Scottish tartan. Rabbi Mendel Jacobs with his tartan prayer shawl.
The interview references a Sikh tartan, which may be seen here.  There are also mysterious references to a Christian clergy tartan, but, being a bit of a liturgical purist, I don`t have the courage to really pursue that.
Posted by Mad Padre at 2:15 p.m. 1 comment:

Email ThisBlogThis!Share to TwitterShare to FacebookShare to Pinterest
Labels: Religion and Society, Religion In The News

"I Made Horrible Mistakes": Regrets Of An American Torturer 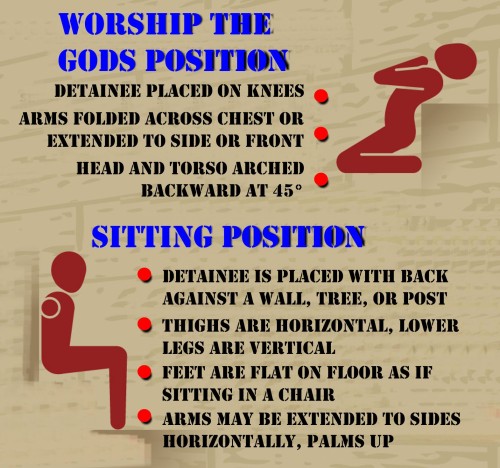 Diagram of stress positions, from a US military handbook for interrogators.﻿

A day after reading a very disheartening Religious News Service story about how nearly two-thirds of Americans support torture, I was given fresh hope when I listened to NPR's incomparable Terry Gross speaking with an American former interogator who worked in Iraq's infamous Abu Ghraib prison.

Eric Fair worked for a private contractor employed by the US military as an interrogator in Iraq.  A former soldier, his knowledge of Arabic qualified him for the work, though he admits there were times when he was reliant on translators to understand what the prisoners were saying.   He has just published Consequence: A Memoir, which has been well reviewed by the New York Times. 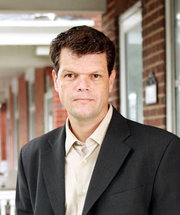 Eric Fair
In the interview, Fair sounds like a man who has been psychically and morally injured by torturing others, and he is very clear that how whatever  linguistically disguises we may give it, like enhanced interrogation, torture is torture.  While he is willing to give his fellow interrogators credit for sincerely believing that their work may have saved American lives, that motive for him, loking back, is not sufficiently exculpatory (setting aside the important point that torture does not work).  He writes:

I refuse to suggest that torture is successful on any level. And I'm not sure that it matters; it shouldn't matter to anyone in this country. I'm not sure why we've gotten to this point where we start to talk about the effectiveness of torture, as if that makes any difference whatsoever.

At a time when a Reuters and Ipsos poll finds 63 per cent of Americans (and 82% of Republicans)  believing that toture is jsutified if it can "obtain information about terrorism activities", Fair's voice is honest and important.  I'll review his book here in the near future.
Posted by Mad Padre at 4:31 p.m. 2 comments:

A learned friend of mine would answer the question in the Post Header by saying Both, which is probably correct for some of us.

This post is just a stub and a plug for an excellent list of recent writing on Anglican ecclesiology and theology by the American writer, Christopher Benson.  Lots of items there to go on my reading list.