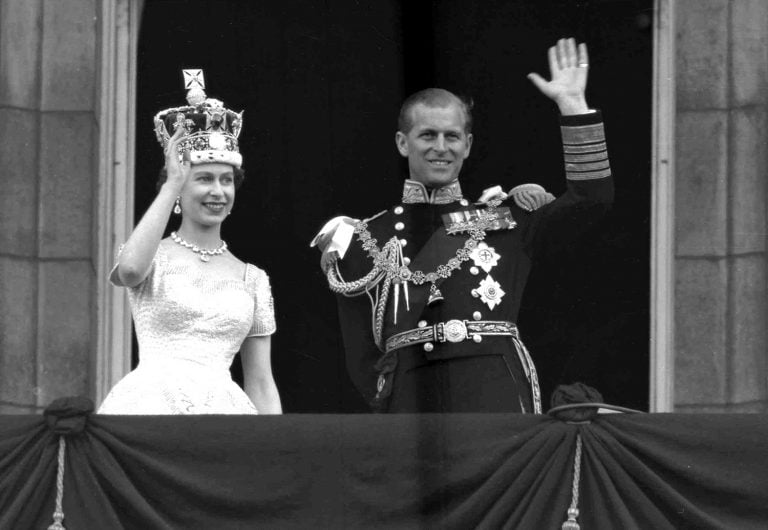 I never realized that the late Duke of Edinburgh was a convert to Anglicanism, that his mother became a nun in the Greek Orthodox Church, or that his mother's aunt converted to the Russian Orthodox church, married into the Tsar's family, and was a canonized martyr of the Revolution, or that HRH was committed to interfaith dialogue.
These and more details here.
\
Posted by Mad Padre at 10:39 a.m. No comments:

Wounds That Heal: A Sermon For the Second Sunday of Easter

When I was a child growing up in the church, I used to dwell on this verse from John’s gospel around Eastertime.     Just how big were these wounds, that Thomas could put his fingers and hands in them?  It was gross but strangely fascinating, as the macabre often is to children.

As we grow up in the faith, I think that we have a tendency to spiritualize the story of Thomas, so that we downplay the physical reality that the doubting disciple demands to see.  Instead, we place the emphasis on how Thomas gets past his doubt.  When he meets the risen Christ, he does not seem to want to touch anymore, and says simply “My Lord and my God!” Jesus seems himself to make this point when he says "Blessed are those who have not yet seen, and yet have come to believe".

The story is often taught in moralistic terms as a parable of faith.  Don’t be a doubter like Thomas, it is often said, but rather have faith in the resurrection and the spiritual reality of Jesus.  As N.T. Wright notes in his commentary on John, the story of Jesus and Thomas is “an encouragement to those of us who come later, to people of subsequent generations … [who} are all ‘blessed’ when, without having seen the risen Lord for ourselves, we nevertheless believe in him” (John for Everyone 2.154).

The architecture of Protestant churches, which typically feature an empty cross behind the altar, make this point as well.   The absence of a body on the cross points to the resurrection and the presence of the risen Jesus somewhere in the world.   As the angel says to the women at the tomb “He has been raised; he is not here” (Mk 16.6).  Perhaps its fair to say that Protestant devotional practices have led us away from thinking of the physical reality of the resurrected Jesus (dwelling on the Wounds of Christ was a common focus of prayer in the medieval church),  and to focus more on Jesus as a spiritual presence in life.

Sometimes the best theological answers use the word “both”.  Jesus is both a spiritual presence (he gives the Spirit to the disciples in his first post-resurrection appearance, sad that Thomas wasn’t there! Jn 20,22), and a physical presence.  John is very clear that Jesus is there in bodily form, bearing the grievous wounds of nails and spear.  These wounds, which Jesus offers to Thomas, who now seems abashed by their reality, speak profoundly to who Jesus is.

In his very perceptive commentary on this gospel reading, Jin Yin Choi notes that the wounds themselves become a testimony to Jesus’ true identity.  Pilate tried to capture that identify, mockingly, in the words he put on the cross, “This is Jesus, King of the Jews”.

Normally a king in the ancient world would have an elaborate tomb and monuments with inscriptions describing his deeds and glory.   Instead, Jesus comes with wounds inscribed on the body which God has raised from the dead.   Jesus could have appeared in some blinding and radiant form, as he did in the Transfiguration, to show the glory that the Son shares with the Father.  Instead Jesus appears to show his wounds, horrifying and graphic, which testify to a different understanding of God’s glory.

I said on Easter Sunday that John’s gospel begins with the Word/Spirit of God which takes flesh, and dwells among us.  Now, at the end, Jesus remains very much in that same flesh, though his body has been sorely abused.    Just as Jesus at the tomb told Mary that he would ascent to “my Father and your Father”, here Jesus is once again showing God’s solidarity with the humanity God loves.   It is as if Jesus says “Look at my body – here is proof that I am in this with you”.  The glory of God is thus seen in Jesus assuming our wounded and broken human condition, the fullest expression of his servanthood.   This pierced and broken body is the one that God chose to raise.   This pierced and broken body stands for our broken bodies.

As we grow older, one of the things we learn about our bodies is that the wounds accumulate.   Bodies that we know and in the case of our families and partners, that we love, become battered and diminished over the years.   We learn to trace the scars of accidents and surgeries on our loved ones, even come to terms with ostomies and amputations and all the many ways our bodies become roadmaps and books speaking of pain and sadness, while becoming graceful and beautiful in ways that those who still love them could not once imagine.   We also learn that not all scars – of trauma and abuse and loss – are visible.   Thus, as Jesus holds out his maimed hands to his friends, he is God saying, “I chose to bear and share this,  all this trauma and loss, with you that I love”.

This Easter, before we talk of new growth and new beginnings, let’s take a moment to think of the scars and wounds that we carry, inside and out.    Jesus, who healed so many in life, stands before us in his very particular, very broken, very resurrected body to show that nothing in human experience and human suffering is beyond the knowledge and power of God.    St. Paul writes in Romans that all creation groans for its healing and restoration.    Here is where that groaning is answered, here in a room whose door could not keep Jesus out.    Here is where our healing begins, in the outstretched and pierced hands of the one who death could not hold.

The Need to Touch and Hold: A Sermon For Easter Sunday

17Jesus said to her, “Do not hold on to me, because I have not yet ascended to the Father. But go to my brothers and say to them, ‘I am ascending to my Father and your Father, to my God and your God.’”  (John 20.17)

There’s something unbearably poignant about Mary’s desire to reach out to Jesus and to be comforted by him, to hold him, to hug him, and then to be rebuffed.  We’ll consider why Mary can’t hold Jesus in a moment, but for now, let’s just dwell in her thwarted desire to hold on to her teacher and friend, miraculously returned to her.

Haven’t we all felt that thwarted longing in this last, long year of pandemic?   How many grandparents have longed to hold grandchildren, and how many visits have been conducted through windows at nursing homes?  How many friends have not been able to hug one another?   How many have died without holding a hand, save for the brief touch of a rubber-gloved nurse?   All of us, in this year of stasis and isolation, have known something of Mary’s longing to reach out and hold on to life.

I can’t explain why Jesus refuses to let her hold him.   He has previously allowed his body to be touched – by those seeking miracles, by those seeking to adore him and anoint him, by those seeking to arrest him, to harm him, and to kill him.    Perhaps something has changed in his resurrected form – the last chapters of the gospels hint as much in their references to a Jesus who mysteriously comes and goes, passing through locked doors.

And yet Jesus is not a ghost.   In the same post resurrection accounts, he eats breakfast with his friends, breaks bread with them, and allows Thomas to touch his wounds.   The resurrected Jesus is still embodied, as he has been since the beginning, when as St. John tells us, “the Word took flesh and dwelled among us” (Jn 1.14).

The new post-Easter order is not some triumph of spirit over matter, it’s not some transcendent escape from the gross, physical world as some have believed in the history of the church.   On the contrary.   The Resurrection is about God’s commitment to the flesh.  Jesus showed us the Father’s commitment to us when he called Lazarus from the tomb.   Likewise the God who raises Jesus from the dead, and who wishes to be our Father as he is Jesus’ Father, this God is totally committed to us.

Like Mary, we want to cling to Jesus.   Even if Jesus keeps a distance, and says “don’t hold me”, we need to hear his promise.  ‘I am ascending to my Father and your Father, to my God and your God.’”   The promise of Easter is that the God who raises people from the dead is our God, our Father.  The same care and power that God uses to raise Jesus from the dead is given to us.

We can’t hold one another yet, and we can’t hold onto Jesus.   We don’t know when the pandemic will end, or what the future will hold.   However, Easter comes as it always does and reminds us of God’s commitment to us.   Our God, our Abba, our Father, who raised Jesus from the dead, will raise us from pandemic and lockdown.   Our God will raise us from our sins and from the pasts that may haunt us. Our God will reunite us with those we love and long to hold, now and when we arrive in the company of the saints.   Nothing – not plague, not fear, not death - can keep us from this God is life and love.   Happy Easter.

I'm Michael Peterson, a priest in the Anglican Church of Canada, currently serving a parish in the Diocese of Toronto. I'm also a retired Canadian Forces chaplain , hence the Padre in the title. Mad just means eccentric, and on that note, I also blog on toy soldiers, madpadrewargames.blogspot.com. I'm on Twitter at @madpadre1.